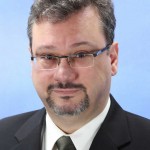 Frank holds a a B.A.Sc. in Engineering Science (Aerospace) and a Ph.D. in Aerospace Engineering (Robotics) from the University of Toronto. Frank has a total of 25 years of engineering and management experience in a number of R&D fields, including aerospace, robotics and medial devices. Frank’s projects include a control algorithm used aboard the International Space Station. He holds a US patent as co-inventor of a automated testing machine for microbiology laboratories. Frank has been with Empyrean since January 2002. 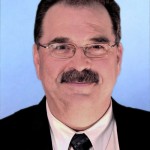 David has been Vice President of The Empyrean Group since 1997. He has a combined 30 years’ experience in SR&ED, corporate finance, and labour relations and spent 11 of those years as Controller of a large division of the Gates Rubber Company, a multinational corporation. David has many years of in-depth experience with the SR&ED program, especially aspects related to the identification of qualifying costs.

Alex is a graduate of the Electrical Engineering program at the University of Toronto. He has 10+ years of experience in project management, product development, software development, web development, telecommunications, data networks, and video systems. Alex is proficient in a wide range of design, editing, web and office software packages. He has been directly involved in SR&ED for over 12 years. 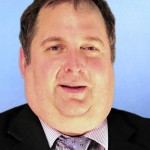 John holds a Bachelor of Science Degree in Mechanical Engineering from the University of New Brunswick. He has 33 years of experience in the automotive industry and was most recently a Partner at KPMG LLP. His impressive 14 years of SR&ED experience includes a vast array of stellar accomplishments across many industry sectors in Canada and the US. To date, John has been personally involved in successful SR&ED claims approaching $1 billion in SR&ED expenditures. 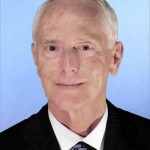 Ed has 40 years’ experience, including 35 years with Canada Revenue Agency (CRA), with 11 years as SR&ED Financial Review Manager (Windsor); Senior Manager (Deloitte ). Ed has 20 years of management experience in total as Team Leader, both in “Audit” and in “Quality Assurance. ” Other CRA positions that Ed held included Public Relations Officer and Appeals Officer. 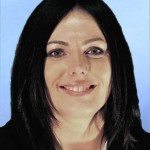 Michelle Reid has been employed by The Empyrean Group since 2005 and currently holds the position of Accounts Manager & Finance. Michelle handles all aspects of client accounts from initial preparation to delivery of final documentation. Among her many organizational responsibilities, she also ensures the high quality of our final deliverables.

Nigel Harvey is the founder of The Empyrean Group. He holds a B.Sc. from London University and is a Senior Member of the Institute of Electronics and Electronics Engineers. He is also a Member of the Canadian Association of Physicists. As head of research at Simtec, Nigel designed some of the early semi-conductor detectors that policed the nuclear test ban treaty with the Soviet Union. In 1973, Nigel began specializing in government/industry relations. Nigel is a pioneer in helping companies benefit from government aid for technical development. He was a member of Canada’s first scientific equipment trade missions to Australia, South Africa and Eastern Europe. Nigel was a leading expert in R&D tax credits, both in Canada and the US.